One of the main early attractions, at Eagle Point in the 1940/50s was the Eagle Point Seine Salmon fishery. This traditional fishery, had been run for several generation of our family, from the ‘Salmon rock’, the big rock off the main beach.

A crew of four men, three in the seine boat and one on the rock, would wait, watching the water for a salmon to jump. The men in the boat, on seeing this, would row out, throw out a net in a semicircle formation, and row back to shore. The net, then  would be pulled in and the catch sorted, boxed and made ready for collection later in the day. 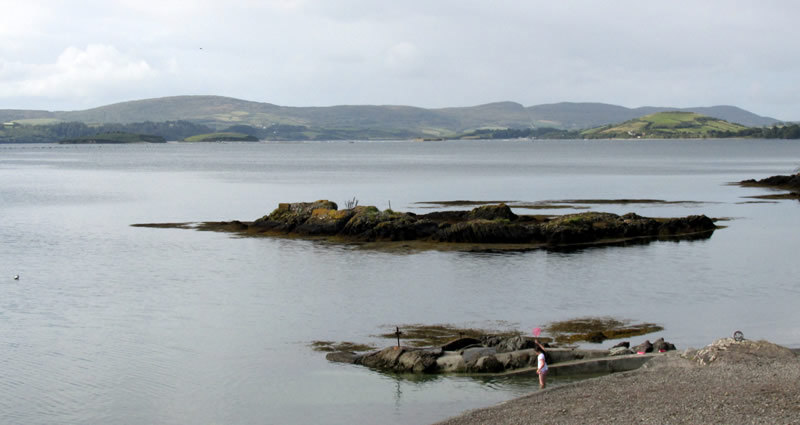 In those days, a sustainable living was made from the fisheries, and the rivers teemed with fish. At least three generation of our family lived off the fisheries but that all stopped with the era of drift nets in the 1970’s. The drift net fishing boats decimated the breeding salmon stock in Bantry Bay, and a century old livelihood was no more. Even though we have not fished for decades, we maintain and pay rates to retain, out of tradition, the rights to our ‘fisheries’, even though not one Salmon has been fished since the last net was cast in the late 1970s.

The traditional form of Seine fishing, as practised at Eagle Point was quite a spectacle and the Eagle Point fishery was well know in local Glengarriff and Bantry, which even back then were very popular holiday spots.  The fishery brought people in, but the beauty of the place drew them back and people starting returning each year, with all kinds of menageries and shelters, from army tents to homemade caravans.  The early visitors were mainly English but practically every nationality soon followed.

That early toilet block, the last physical remnant to Willie David, was unfortunately demolished by a huge tree in the hurricane Darwin Storms February 12th 2014. 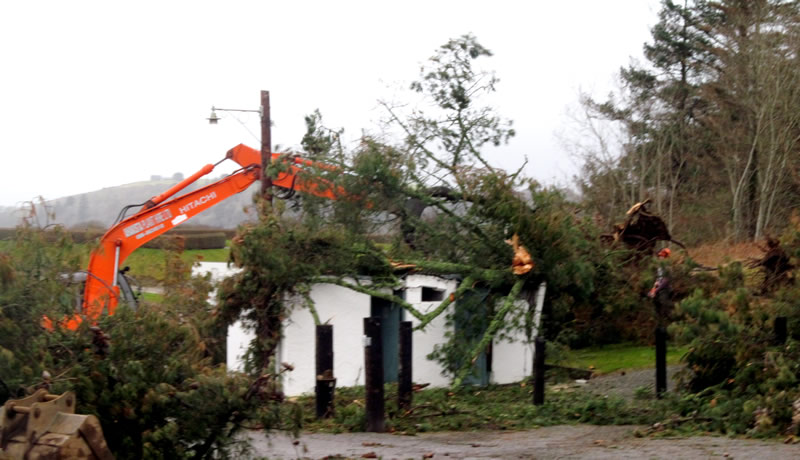 Even though the origins of Eagle Point Camping, may have been an accident, rather than design, it has become and continues to be, for many, a home away from home. 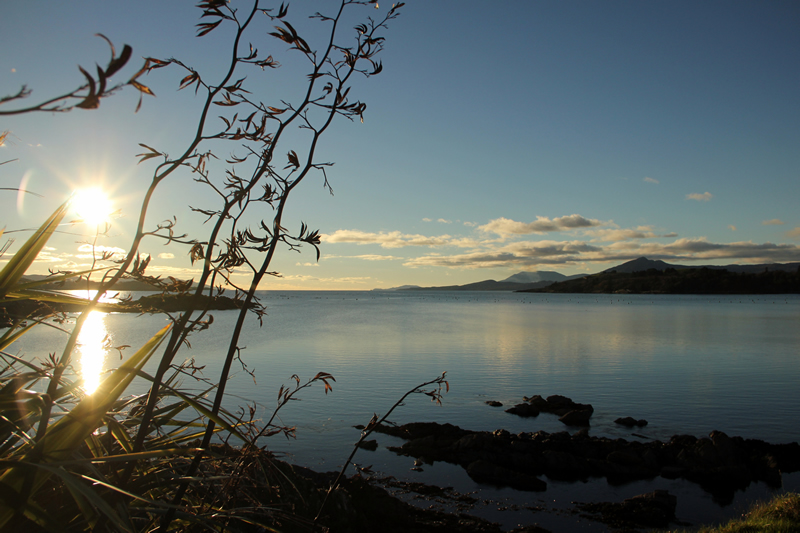 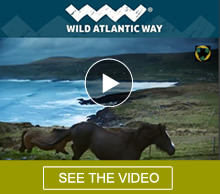 This website uses cookies to improve your experience while you navigate through the website. Out of these, the cookies that are categorized as necessary are stored on your browser as they are essential for the working of basic functionalities of the website. We also use third-party cookies that help us analyze and understand how you use this website. These cookies will be stored in your browser only with your consent. You also have the option to opt-out of these cookies. But opting out of some of these cookies may affect your browsing experience.
Necessary Always Enabled
Necessary cookies are absolutely essential for the website to function properly. This category only includes cookies that ensures basic functionalities and security features of the website. These cookies do not store any personal information.
Non-necessary
Any cookies that may not be particularly necessary for the website to function and is used specifically to collect user personal data via analytics, ads, other embedded contents are termed as non-necessary cookies. It is mandatory to procure user consent prior to running these cookies on your website.
SAVE & ACCEPT
Translate »
Go to Top